The Center for Applied Ethics and Political Communication in Africa (CAEPOCOM AFRICA), established in 2015 is research, advocacy, training and networking organization. As an interdisciplinary and multi-disciplinary organization, we to raise awareness; propagate resources and foster knowledge exchange among Africans and people of African descent in the areas of Applied Ethics and Political Communication from grassroots to governmental spheres for Africa’s development

CAEPOCOM Africa provides national, regional and continental requirements for awareness and comprehension of how values can be built into day-to-day lives in Africa as well as how to interpret, challenge and maintain democratic power relations amidst ever evolving structures which continually mold and modify Africa’s political, economic, technological and cultural spaces.
Using diverse methodologies to a wide range of problems including; healthcare practices, business and professional procedures, new technologies, environmental and gender issues, the center will employ research, outreach and networking and partnership with allied local and international bodies to achieve behavioral change and responsible citizen participation in development.

Our vision is to be both a continental force and an international role model in generating and disseminating key resources to enhance ethical behavior, promote enlightened analysis, interpretation and participation in socio-political engagements from a multi-disciplinary standpoint for all-round development in Africa.
We harness efforts of scholars and practitioners in fields of Applied Ethics and Political Communication in Africa to raise a new generation of citizens who will be committed to the achievement of continental objectives for positive transformation, to influence policies of states and foster continental integration.

CAEPOCOM Africa’s mission is to advance research, teaching and practice of applied ethics, and political Communication by conducting world-class researches, initiating programs and executing projects that will address both current and future challenges and improve the social, political and intellectual landscapes of Africa.
On one hand, the Center employs the application of normative methods to core issues on society, governance, leadership, environment, gender and other issues on the continent and on the other hand, provoke critical analysis on issues of political communication such as; policy making, elections, citizen’s engagement in politics, political and media literacy among others. Our goal is to domesticate global issues for the promotion of good life in Africa.
To this end, CAEPOCOM AFRICA is a resource for the African communities on the continent and in Diaspora, offering expertise, analysis, and commentary about ethics and political communication issues. 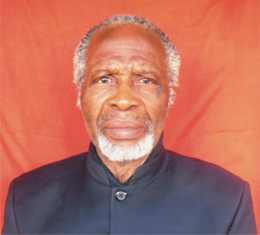 Alaba Ogunsanwo had his secondary school education at St. Gregory’s College Lagos, Awe High School, Oyo and Government College, Ibadan. In 1964/65, he embarked on his undergraduate studies at Ahmadu Bello University, Zaria where he obtained a B.A. (Administration) degree with specialization in International Relations in June 1967. He was at the London School of Economics and Political Science from 1967 to 1971 where he obtained the M.Sc International Relations Degree in 1968 and the Ph.D. in March 1971. After a few months post doctoral work at LSE, he joined the Academic Staff of the then University of Ife in September 1971.
He moved on to the then school of Administration, University of Lagos in 1973 and was appointed Senior Lecturer in Political Science in the same University of Lagos in 1975. In October 1983, he was appointed Professor of Political Science in the same institution from where he retired on April 7, 2007 on attaining the statutory retirement age of 65. On November1, 2007, he joined the Academic Staff of Lead City University, Ibadan where he currently teaches in the Department of Politics and International Relations.
In 1979/80, Alaba Ogunsanwo was Visiting Associate Professor, Woodrow Wilson School of Public and International Affairs Princeton University, New Jersey where he was also visiting Fulbright Associate Professor and Ford Foundation Grantee. In 1986/87, he was visiting Fulbright Professor at Rutgers, State University of New Jersey, Department of Africana Studies. He was Fulbright visiting lecturer to many American Universities in 1979/80 and 1986/87.
In 1988, Alaba Ogunsanwo was a Japan Foundation Fellow at the international Christian University, Mitaka, Japan from September to November.
A member of Nigeria’s delegation to the General Assembly of the United Nations in 1984 and 1988, Alaba Ogunsanwo Served as Nigeria’s High Commissioner to Botswana and Lesotho from 1991 to 1998. He was Dean of Diplomatic Corps in Botswana. In 1998, he moved on to Brussels where he was Nigeria’s Ambassador to Belgium and Luxemburg and Permanent Representative to the European Union from where he returned to the University of Lagos in May 1999. Cambridge University Press in 1974 published his first book titled China's Policy in Africa 1958 to 1971. He is currently with the Department of Politics & International Relations, Lead City University Ibadan. 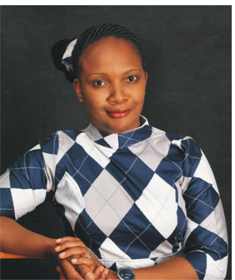 Dr Sharon Adetutu Omotoso is currently with the Gender Studies Program at the Institute of African Studies, University of Ibadan, Nigeria She recently co-edited Political Communication in Africa and was a contributing author ‘Media and Politics in Africa’ and ‘Media, Society and the Postcolonial State’ (Palgrave Handbooks, 2018).
Dr. Omotoso is Research Fellow, Ibadan School of Government and Public Policy (ISGPP) and Senior Research Fellow, Institute for French Research in Africa (IFRA). She equally presents motivational seminars, keynote speeches, and workshops on topics related to women’s rights, sexual violence, media education, public ethics and political communication. These have won her travel grants to: Brazil, 2009; South Africa, 2015-2018; Australia, 2017, Germany, 2017 and Canada, 2018. 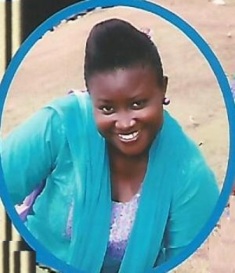 Deborah Abiodun Oluwole is a graduate of History and International Studies. She has served as Lead Volunteer, Era 2000 Projects, Project Manager NELINA FOUNDATION AFRICA 2012-2015 and Youth Coordinator, Light-Powered Forum 2016-2017.She is currently Programs Coordinator at CAEPOCOM AFRICA. She has attended seminars, workshops and conferences on capacity building, organizational leadership and grassroot mobilization. 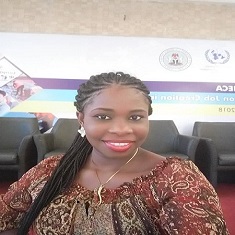 Geraldine Ezeobi is a graduate of Political Science with a diploma in mass communication and currently a graduate student at the Institute of African Studies, University of Ibadan. She is currently the Projects Coordinator of CAEPOCOM AFRICA, she volunteers at the Ibadan School of Government and Public Policy as the Research and Project Officer where she manages the public policy secretariat which consists of the Public Policy Group (PPG) which is the Think Tank of the School and the book readers club. She also volunteers with the youths for Human Rights International and Women Research and Documentation Center.
She is a seasoned public speaker, and an advocate for the rights and privileges of women, children and youths.

Amoo Balqis Bolaji is a graduate of Public Administration from Obafemi Awolowo University, Ile-Ife. She is a member of Nigerian Institute of Management Chatered (NIMC), Institute of Public Administration of Nigeria (IPAN) and Chatered Institute of Customer Relationship Management (CICRM).
With keen interest in Children and sustainable development, she founded SMILE (Seeing Multiple of Individuals Live Effectively) Initiative. She is an SDGs Advocate/Activator.

Ojuade Bukola, a graduate of pure and applied Chemistry from University of Abuja. Also she is a certified safety officer on environmental Health and Safety. She has worked with the Sustainable Development Goals Center on Quality education,good health and well-being .(2019-2020).
Bukola trains young girls on entrepreneurial skills. She is a volunteer for CAEPOCOM AFRICA

Abu Emmanuel, a graduate of Agricultural Economics from university of Ibadan, who is passionate about youth and children development, is currently the youth coordinator in Adekunle Fajuyi Military Cantonment Ojoo, Ibadan. He was also Peers-Educator for HIV/AIDS(2010-2011) in Ogun State, and also worked as a Data Entry Clerk with reputable NGOS namely, AHNi(Achieving Health Nigeria Initiative) and FHI360(Family Health International) in Uyo, Akwa-Ibom State, between Oct 2015-March 2016.
Emmanuel is programme officer(Gender & Sustainable Development) with CAEPOCOM Africa. 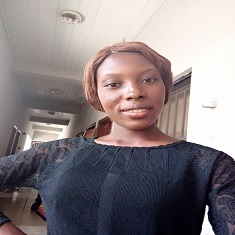 Ojuade Bukola, a graduate of pure and applied Chemistry from University of Abuja. Also she is a certified safety officer on environmental Health and Safety. She has worked with the Sustainable Development Goals Center on Quality education,good health and well-being .(2019-2020).
Bukola trains young girls on entrepreneurial skills. She is a volunteer for CAEPOCOM AFRICA 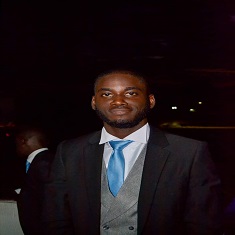 Tunde-Awe Oluwatobi is an advertising copywriter and content creator, a graduate of Mass Communication, with a specialty in Public Relations and Advertising. He currently volunteers for the Centre for Applied Ethics and Political Communications in Africa, Ibadan, an organisation that specializes in gender advocacy, ethics, political communication and media literacy.
He has an impeccable character and drive towards meeting obligations as and when they fall due. He has integrity as his core strength, and is a target achiever, with an outstanding performance and on the job recommendations.